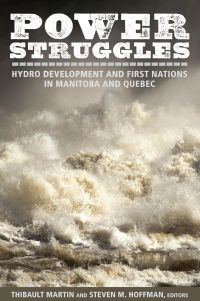 Power Struggles: Hydro Development and First Nations in Manitoba and Quebec examines the evolution of new agreements between First Nations and Inuit and the hydro corporations in Quebec and Manitoba, including the Wuskwatim Dam Project, Paix des Braves, and the Great Whale Project. In the 1970s, both provinces signed so-called “modern treaties” with First Nations for the development of large hydro projects in Aboriginal territories. In recent times, however, the two provinces have diverged in their implementation, and public opinion of these agreements has ranged from celebratory to outrage.Power Struggles brings together perspectives on these issues from both scholars and activists. In debating the relative merits and limits of these agreements, they raise a crucial question: Is Canada on the eve of a new relationship with First Nations, or do the same colonial attitudes that have long characterized Canadian-Aboriginal relations still prevail?